Impromptu speeches, unexpected illness, a wayward white-dress wearing guest. Wedding disasters do happen, but here’s how to prevent them or do serious damage control so they aren’t the most memorable part of your big day. 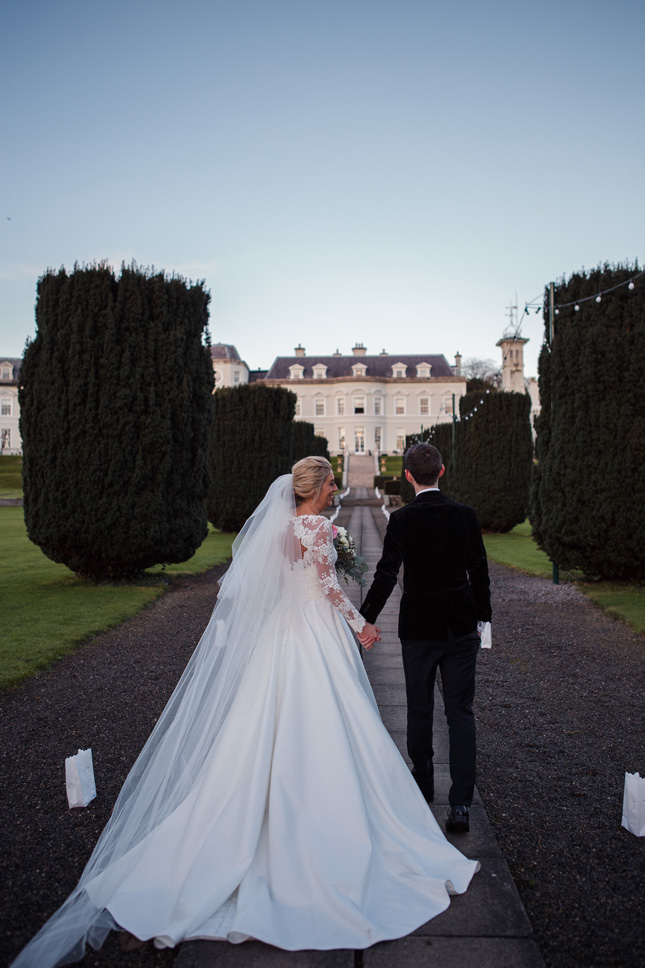 HELP! My venue is no more.

“It was just over two weeks to my wedding when I heard the news that my venue had gone into liquidation. My friend called me to say she’d heard it on the radio and it took me a few minutes to realise what it actually meant. The next two days were a blur of tears, phone calls and panicking. By some miracle, another local venue had availability that day. We had planned a whole weekend event at the original venue, but had to settle for the one day, with a BBQ at home on the Sunday. It was a horrible experience but it was the best day of our lives and I wouldn’t change anything now. My advice would be to get wedding insurance! We didn’t have it, but thankfully didn’t actually need it in the end.” - Aine, Meath

Prevention: There isn’t a whole lot you can do to prevent something this disastrous. As Aine advises, it’s wise to get wedding insurance, especially if you have any niggling doubts about your venue.

Damage control: Although it’ll be hard, if this does happen to you, stay calm. Ask your other vendors (photographer, band etc) about their availability on neighbouring dates and ring nearby venues and see if there’s anything that can be done. Considering a weekday event might mean you can still get married in the same week, with the same vendors.

“I was sick on the day of my wedding. My Mum had a tummy bug for the two days before and I woke up feeling unwell on the morning of the wedding. It was a struggle not to throw up during the ceremony. When we got back to the hotel I went to lie down for an hour, but I knew in my heart once the dress came off, it wasn’t going back on. Our wedding was on Christmas week, so we didn’t have second day plans. So essentially, I missed my own wedding. We held a big party in the new year and I try to remember that the important part was that I was married to my soulmate, but I’d be lying if I said it didn’t still sting a bit. My advice to anyone getting married would be to really look after yourself in the run up and avoid anyone with the slightest sniffle like the plague for the week before.” - Mary, Dublin

Prevention: As Mary advises, look after yourself in the run up to the wedding. Take your vitamins, eat your greens, take gentle exercise. And if it can be avoided, steer clear of everyone who has so much as a tissue in their hand.

Damage control: If you do wake up sick on the big day, either visit your GP or call a D-Doc and get some medication for whatever ails you straight away. If it’s antibiotics, start taking them. If you need a bit of extra sleep, lie down until you absolutely have to get up and go. And most importantly, stay hydrated. 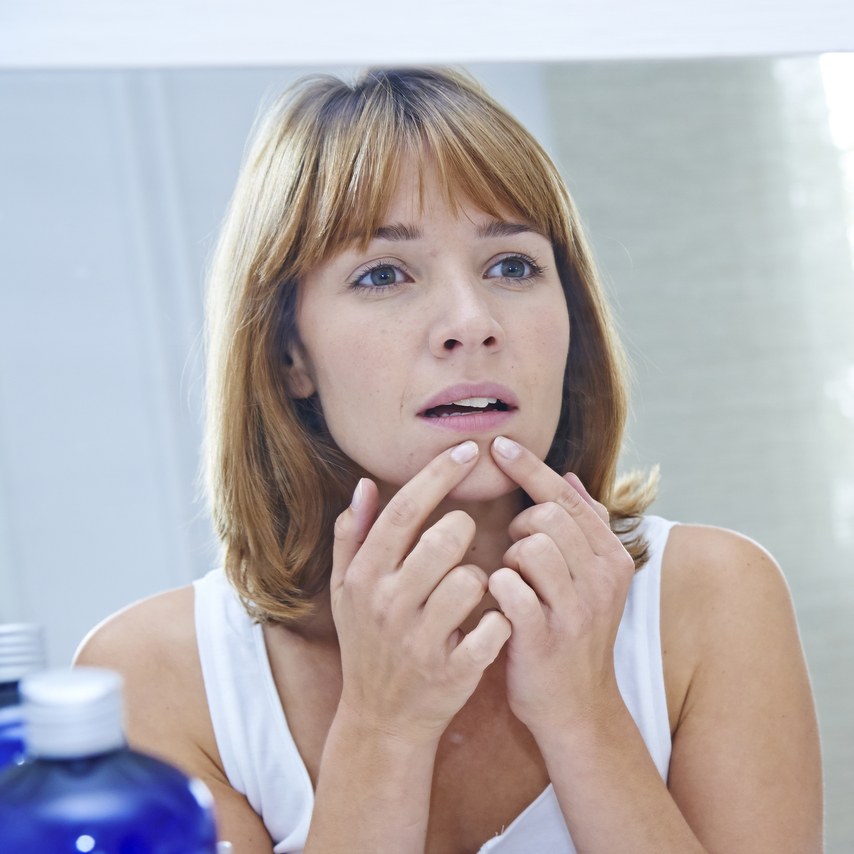 HELP! My face has erupted

“A friend of mine who I was bridesmaid for went for a facial the day before the wedding. Nothing too invasive, and she’s got skin that’s not sensitive at all, and had never reacted to a skincare product before. At about 4am the morning of the wedding she woke up because she was feeling flushed and hot, and went to the bathroom. Her face was inflamed, red raw and stinging and too sore to put makeup on. She was gutted.” Eimear, Brittas Bay

Prevention: Avoid anything ‘new’ the week of your wedding. Use your usual skin products, eat things you’re used to eating, and even stay away from pets you’re not accustomed to spending time with. Facials the day before should be avoided to, but a good aesthetician will advise you when you should have your last one.

Damage control: Even if you do everything right, sometimes a body already under pressure will react to something unusual. Have antihistamines like Piriton on hand to take down any irritation, and use a cold compress to ease redness and swelling.

HELP! Something spilled all over my dress

“It was the morning of my cousin’s wedding and I was doing her makeup for her. She was really nervous and hadn’t slept great, so someone suggested she have an Irish coffee before she left to take the edge off and perk her up. Her maid of honour brought tea and coffee in to the bedroom for everyone, on a tray. Just as she went to put the tray down, the hairdresser knocked into her and the tea and coffee went flying. Luckily there were no third-degree burns, but the bride’s train was instantly turned brown.” Claire, Limerick

Prevention: Until you’re ready to step into your dress and step out of the house, leave it hanging up and away from all beverages, food, people and potential dangers. If you can, cover it to keep it protected. Once you’re in it, avoid liquid-wielding people.

Damage control: If there has been a spill, act quickly. If it’s red wine or anything dark, dab it to absorb as much as possible, then get the Club soda out. Salt also works well to break down red wine. If it’s a clear liquid, someone get a hairdryer, stat. 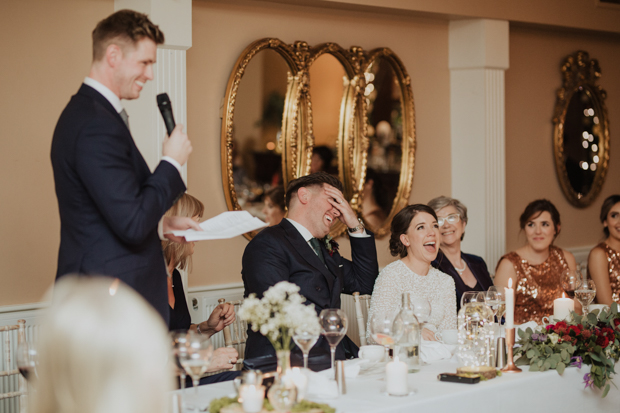 “I was at a wedding recently where the speeches were an absolute disaster! First of all, the groom’s father decided his speech would be a fantastic time to bitch about the lack of financial support his ex-wife - the groom’s mother - gave to the wedding. All not-so-cleverly disguised as jokes. Cringe.” – Aisling, Dublin

Prevention: Provide detailed instructions to whoever is supposed to speak. Give people a time limit and guidelines if needs be, and if you think you’ve got a rogue agent on your hands, politely warn them to be careful with the content of their speech. Also, assign a trusted (sober?) emcee to be in charge of the mic.

Damage control: If the worst happens and the speeches get crazy, turn to that trusted emcee and make sure they know by your facial expressions it’s time to grab for the mic and call a halt to whatever madness is ensuing.

HELP! My guests have brought their kids

“When I got married, I made the decision not to have any children present. Both sides of our family have lots of small children, and not only would it have been a distraction, but it would’ve cost a lot to have them all there as the venue didn’t differentiate between a child and an adult when it came to cost per head. We assumed all of our guests were aware of this, but on the day, my cousin turned up with her three children in tow, aged 4, 7 and 11. Not only did I have no seats for them, I didn’t have the venue prepped to provide child’s meals. I was furious!” – Clodagh, Wicklow

Prevention:  Make sure you make it abundantly clear when you send your invites who exactly they’re for. If you’re uncomfortable putting “no children” on your invite, you may have to call each guest with children and tell them the situation. Stick to your guns, it’s your wedding, not theirs.

Damage control: If someone does arrive with children, don’t panic. Ask the venue if there’s any small, simple meals that can be made to accommodate them. Also enquire about a babysitting service at the venue, and throw money at the situation. And feel absolutely free to throw the offending guests an aul dirty look.

Trending
Jessa and Jay's beautiful summer wedding at Cloughjordan House, Tipperary
1 day ago | real-weddings
5 major bridesmaid dress trends for 2020
2 days ago | fashion
The Ultimate Wedding Retreat at Adare Manor
6 hours ago | news-events
7 reasons to get married at Thomas Prior Hall
8 hours ago | planning
Planning your wedding in Ireland? Welcome to Confetti!
1 day ago | just-engaged
_