7 simple ways to make creating your seating chart a breeze

Simple tips to help you avoid any awkward drama!

Don't let the seating chart get you in a fluster! 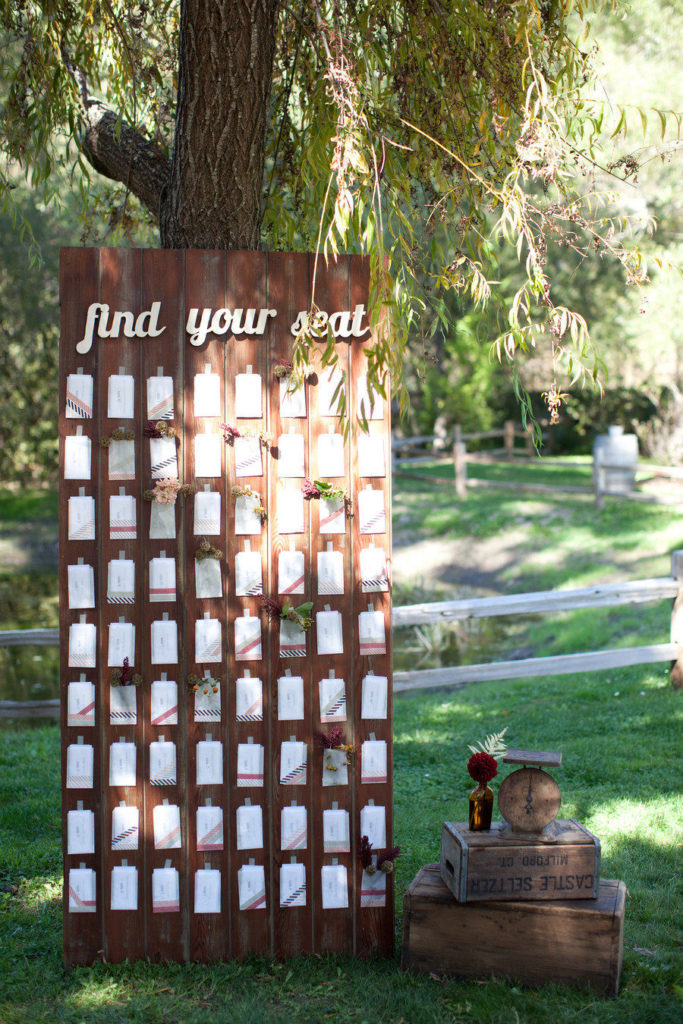 We know amongst some families, you'd need a degree in foreign diplomacy before tackling a wedding seating chart, but even in more straightforward situations, you're sure to find some sticky points when it comes to seating. Some couples try to avoid it entirely, but rather than creating an easy breezy atmosphere, this often creates stress for guests, who either don't know enough people to make a table, or who know too many people and have to split up leaving someone feeling like they've got the raw deal. Whether you choose to assign seats or simply tables, here are seven stress-free tips for seating your guests.

Trust us, this isn't a job you want to leave until the night before the wedding - many couples have been those soldiers and it will only spoil your evening. Plus, you've more important things to think about at that point. Don't be afraid to make last minute changes, of course, but get the chart mostly sorted at least a week in advance to save yourself sweating it later on. 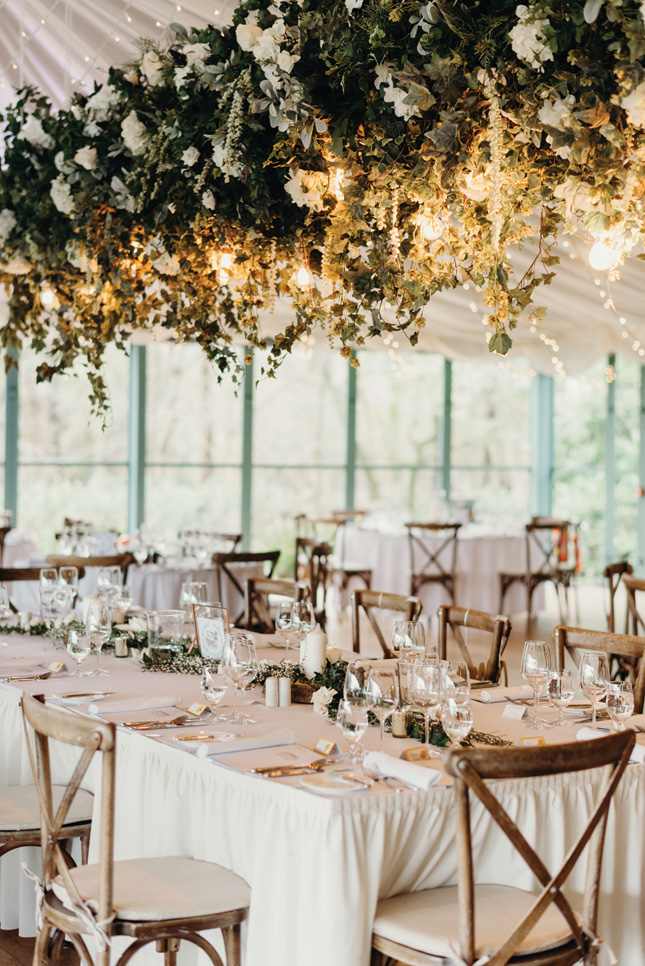 2. Check with the venue

There's no point planning the perfect seating chart if it's not going to work for your venue. Check with your coordinator who will be able to advise on how many tables the room can fit, and the absolute minimum and maximum numbers of guests you can fit at each table. Don't be tempted to squeeze in an extra body if your venue has said 8 is comfortable, and 10 is the maximum but you have 11 people - the last thing you want is claustrophobic guests.

All these spreadsheets can give you a headache and often the easiest thing to do with a seating chart is get it down on paper. It doesn't have to be anything fancy - get yourself some paper and draw out a map of your room with the tables drawn in as circles/rectangles. Sliced up post it notes with people's names written on them make it easiest to move and swap people around, rather than writing directly on the paper, but if you don't have post-its handy, writing names on the tables works just fine. Getting a visual on how the whole thing will look can make it easier to ensure you're not making any major seating faux pas. 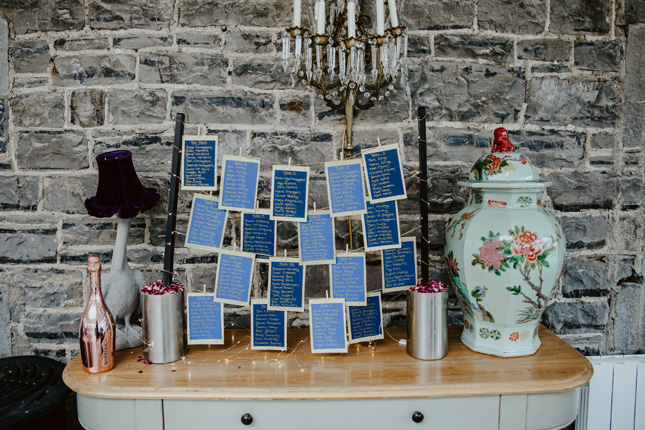 Image: Siuan and Shane's wedding at The Millhouse shot by Kyrstin Healy

4. Don't forget to place yourselves

Whether you're choosing to have a head table or a sweetheart table for just to the two of you, don't forget to give yourself a seat on the seating chart! Sometimes in the stress of it all, couples forget to place themselves, and while someone will definitely find you a seat on the day, it may involve some last minute rejigging you would prefer to avoid. At this point, pretty much anything goes seating-wise depending what you'd prefer yourselves, but traditionally at a head table, you'd have the couple in the middle. In a straight wedding, you'd have the best man beside the bride and the maid of honour beside the groom (though many people switch these around), and then a bridesmaid beside the best man followed by a groomsman, and groomsman beside the maid of honour, followed by a bridesmaid, and boy/girl from their on out depending on how big your wedding party is. In a same sex wedding, you may not have differing genders in the wedding party, so either sit each bride or groom's party beside them, or alternate them as per the straight wedding set up. Some people prefer to sit their parents beside them either, and have the wedding party at a separate table. These are all traditions, and with mixed gender wedding parties and divorced parents and their new partners very commonly also included in the head table count these days, it's basically a case of who you'd prefer to seat around you.

While some couples opt to have their parents at the head table as we just mentioned, if you're having a parents table separately, then traditionally you seat both sets of parents together at the same table along with grandparents, any siblings not in the wedding party, and the officiant and their spouse or the priest if they're attending the reception. Where you have a slightly more complicated set-up, for example where divorced parents are uncomfortable sitting next to one another, you can have each set of parents hosting their own table - which could mean up to four parent tables depending on your own situation. Sit your dad's family at his table, your mam's at hers, and same goes for your partner's parents, if they're also divorced. If just one set are divorced or uncomfortable sharing a table, you can also sit the parent who predominantly raised you at a table with your partner's still-married parents, and your other parent can host their own table. Phew, complicated, right? Try your best to seat them in arrangements that will ensure they're comfortable and ready to have a good time, but don't worry too much about it - talk to them about it beforehand and let them know you've done your best and you hope that they will all be the bigger people for your sake on the day. There's really no need for drama when dinner is only an hour or two of the whole day. They can handle it, they're the adults here! 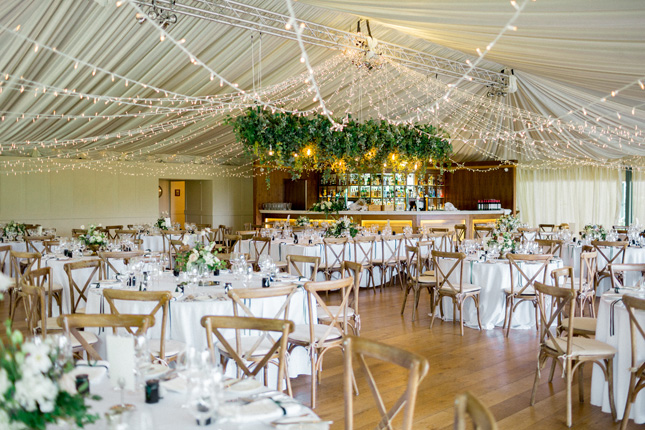 Divorced parents aren't the only source of potential tension - many families have factions who don't speak to others for whatever reason. The last time they might have seen each other could have been the last family wedding, and they still want to be kept as far away as possible. Think about these relationships before seating people, so you don't just lump all your aunts at one table without considering it, and end up with a flaming row on the day. Trust us, your Aunty Mary will really appreciate being over the other side of the room to Aunty Jane if they don't get on.

If a lot of people have quibbles with others, make a list of who each person doesn't talk to, to narrow down whose table they can't be at. It'll make it a lot easier to visualise it. It's a good excuse to mix up the families - if half your aunts and uncles don't speak, split them in half and split your partner's in half and mix them together on two tables. It'll feel more natural and less obvious, while still keeping the chance of a spat low.

We're all for you doing you, but this is one hill we're willing to die on. You might think it's a great way to get guests mingling, but in reality you're likely to upset a lot of people. It's totally grand to split up a group of your friends across a couple of tables mixed in with different friends or your partner's cousins or whoever it might be, but splitting up a couple is just a recipe for a miserable couple of hours for those people. That level of forced fun is never actually fun. Would you want to split from your new husband or wife for the duration of dinner? Probably not! So don't force your guests apart. They'll naturally mingle with whoever is at their table if they have a few friends at the same table as well, but if everyone is totally mixed in with no one they know, they'll just be counting down the minutes until the dinner is over and they can skedaddle back to their pals. Not a good way to get the party started!