How involved should the Mother of the Groom be in wedding planning?

It's a minefield, even if you have a great relationship with your partner's mam.

When we pop up Q&A boxes on our Instagram, we often get questions around mother of the groom etiquette.

"How involved should she be?"

"Do I have to invite her to the hen party?"

"Help - my mother in law wants to come to our cake-tasting but she has totally different taste!" 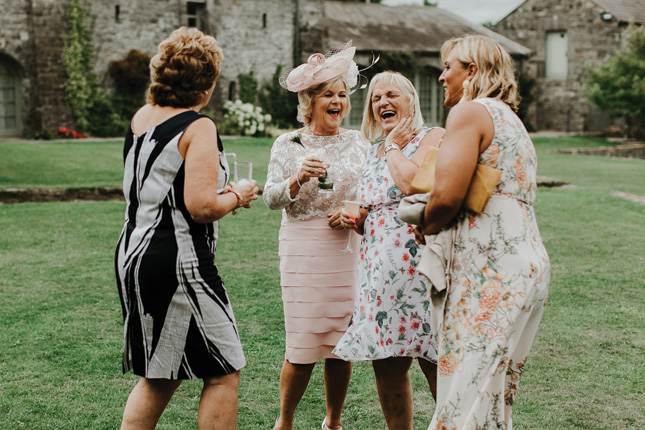 It's a minefield, even if you have a great relationship with your partner's mam. Figuring out what roles everyone should play, and more importantly, what roles you want your loved ones to play, early on in wedding planning, helps everything run a bit more smoothly.

So we thought we'd put together a guide to how involved the mother of the groom (or the mother of your partner, in non-hetero relationships) should be in wedding planning. Of course, these are just how roles traditionally fall - if your partner's mother has particular strengths and you think she'd be great for a particular job, work away - we're not the boss of you!

What is the role of the mother of the groom?

How involved she is with the planning of the wedding is really at the couple's discretion - you may want all hands on deck or you might not want anyone else's opinion at all, but your mother in law should not expect to be involved in the wedding planning unless you ask her to take on specific responsibilities. That may not match her expectations - it's an exciting time for her too, of course! - which is where some of the clashes we see in our Insta inbox arise. 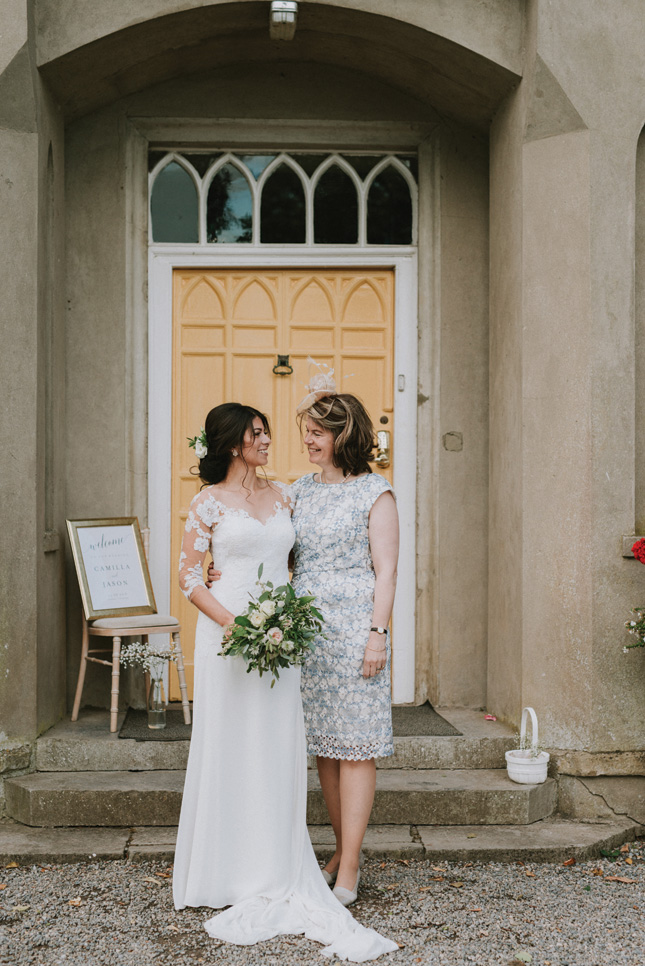 Help! My mother in law is trying to take over!

This is a common enough problem - and to be honest, this could apply just as equally to your own mam. Type A moms are going to want to run the whole thing, and it's key to set boundaries from the start if that's not what you want.

Let her know two or three things she can take off your to-do list and let her know that you'll be in touch if there's anything extra you want to add to that list later on.

Put your foot down, or have your partner raise the issue early on, if you notice her doing 'helpful' things you haven't asked her to look into, without asking you first. These things tend to snowball, and resentment will fester within you, if you don't tackle the first signs. Remember, she is trying to help out so it's probably coming from a good place, but do let her know that this is your day and you'd like to plan it your way. 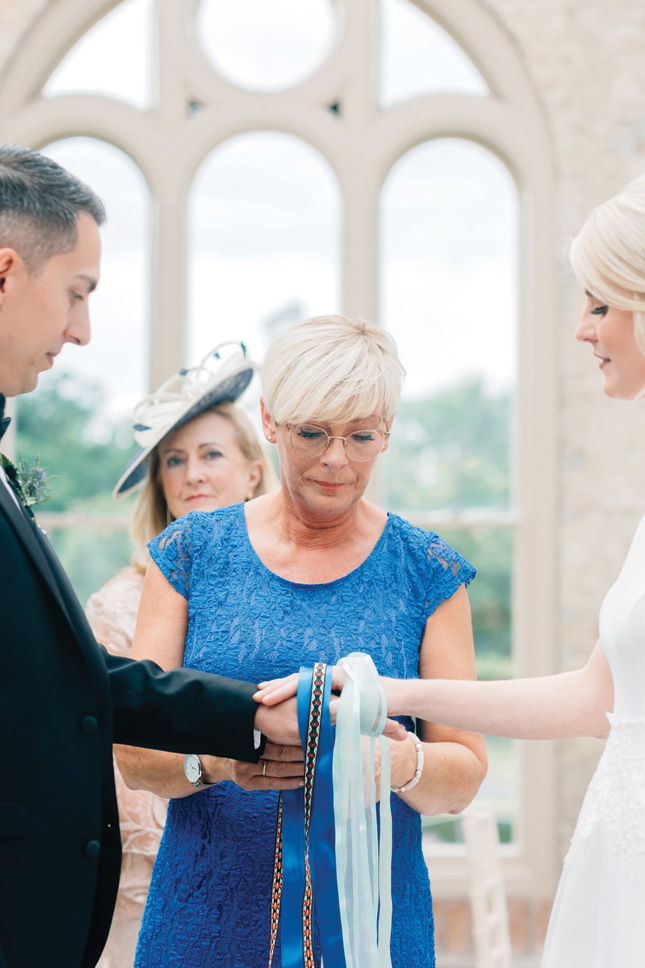 How much say does the mother of the groom have in the guest list?

This can be a tricky one because it really depends. You both will probably want your parents help in deciding which family members must be invited and which can be left off - if any! - but parents do have a habit of adding tables and tables of friends if they're left with control of the guest list. What starts out as just a couple of pals turns into two tables quickly if you're not paying attention.

If your parents are helping you pay for the wedding, however, it is the done thing to give them at least a table for their friends. It's only fair. If they aren't forking out for your big day, you do have more ground to limit their numbers.

One of the biggest and most helpful jobs your partner's parents can help with when it comes to the guest list is collecting names and addresses for family members and friends, and later, assist with collecting the RSVPs for those same folk. Advice on seating arrangements never goes amiss either, to avoid igniting family dramas you're blissfully unaware of! 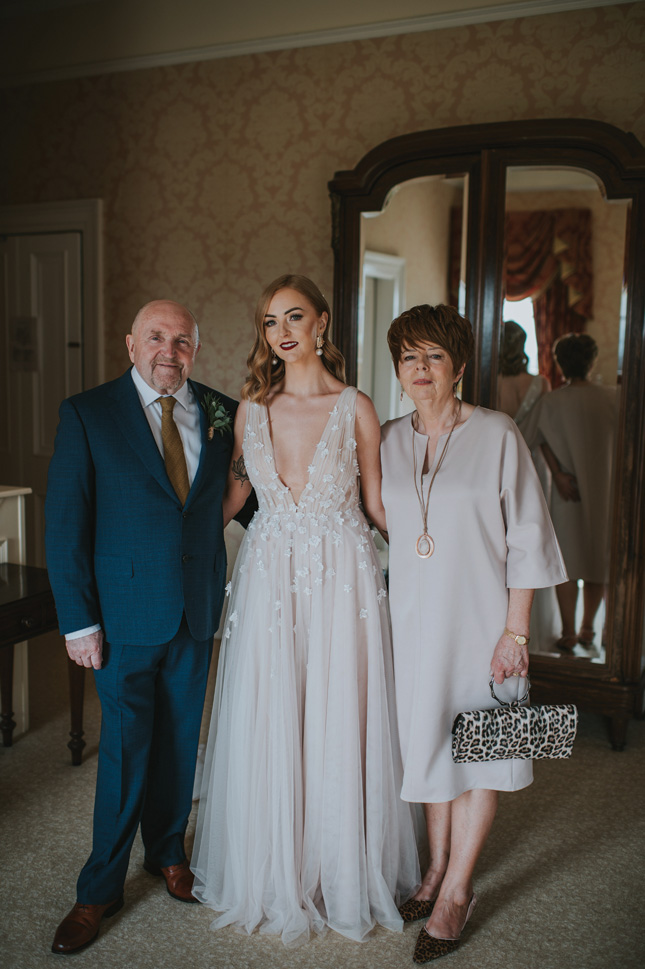 Should I invite the mother of the groom wedding dress shopping?

Usually wedding dress shopping is a mother-daughter event, so you definitely are not expected to extend the invite to your partner's mother. However, if you two get on, inviting her to your fittings can be a fun and special event to share.

Should I invite my mother in law to the hen party?

Is your mam/aunts going? While you don't have to have mams at your hen party at all - some brides prefer to do something separate with their mam and aunts to their friends - if you're inviting your own mam and/or aunts, it may feel like a snub to your partner's mother if you don't invite her also. If you get on well, this is especially true.

If you have a rocky relationship, the chances are she will politely decline or be conveniently busy that night, but you're probably best off asking her anyway. If she does decide to come, there will be a gang of you there so it's likely you won't have to interact much. Perhaps invite her sister or friend along, if she doesn't have daughters who are joining, so she won't be alone. 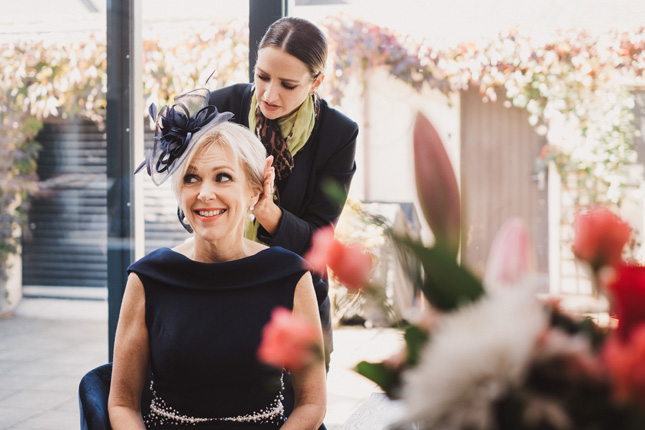 What should I include my mother in law in when it comes to wedding planning?

The venue - While you don't have to include your partner's parents in visiting venues unless you want to, it is a nice gesture to bring them along to the venue before the big day so they can feel like they're involved and like they know the place before they get there.

Food - While again, it's not necessary to bring either set of parents along to vendor consultations, but food is such a big part of the wedding day that it can be nice to include them in things like cake tastings or menu tastings. If your cake maker sends out a box of samples, perhaps time it so they arrive fresh when you're visiting your in-laws. You don't have to follow their opinions, but it's nice to include them all the same.

Her outfit - This is one where you're going to have to pull back any overbearing bride vibes, but it can be a nice bonding experience for you to join your mother in law while she picks an outfit. Just don't take that to mean you can tell her what to wear!

The ceremony - You and your partner will do the lion's share of the ceremony planning with your officiant, but it can be nice to check in with your partner's parents to see if they have any family traditions or rituals that you might consider including in your ceremony as well. It's a really nice way to honour your partner's family, and in most cases, it will only add to whatever you're planning anyway.

The rehearsal dinner - Traditionally (mostly in America), the parents of the groom would host the rehearsal dinner for the couple the night before the wedding. It can be as fancy or low key as you like, but it's a lovely opportunity for your partner's family to host a part of the wedding. Rehearsal dinners aren't as common in Ireland, but they are a nice tradition so perhaps it's something you can give a MIL who is itching to plan something, full control of.

Song selection - We wouldn't leave the full playlist in parents' hands, but asking them for some song ideas for your dancefloor is no bad idea. You have to remember your playlist has to please all ages, so you may as well include some songs that your parents and older family are definitely going to get up and dance to.