How normal is your wedding? Our Wedding Survey 2017 results are in!

Including the most common wedding regrets! 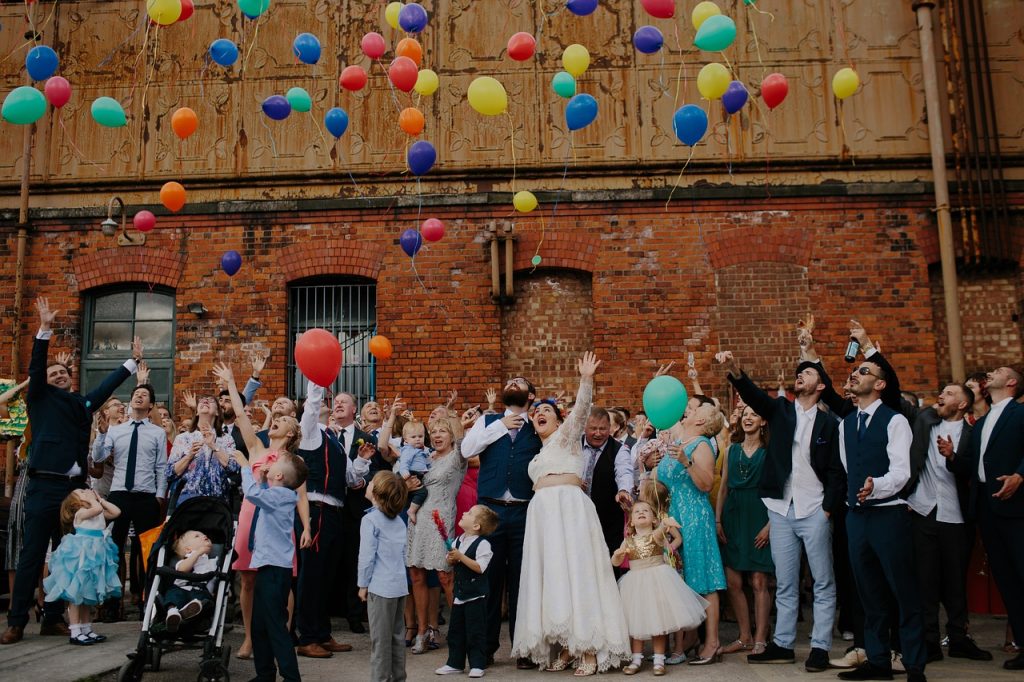 Religious ceremonies were still among the most popular types of weddings, with 61% of you getting married in a church. Of those who did not, the main reason (71%) was that the couple weren't religious. 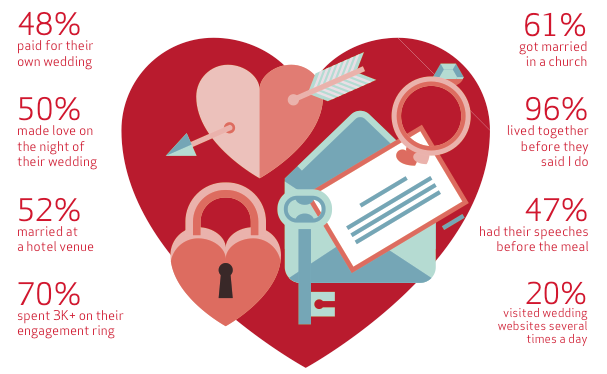 December was overwhelmingly (22%) the most popular month for engagements, and the average length of engagement was 19 months. A whopping 70% spent €3,000+ on the engagement ring.

On average, Irish weddings have three bridesmaids and three groomsmen, and over half (52%) of you chose a hotel as your venue. Country houses were the second favourite choice, with 20% of you choosing one as your venue. When it came to wedding size, the average number of guests was 172 per wedding.

When asked if they could do it all again, the big thing people would go back and change is how much they worried about the wedding - almost half (45%) of you said you'd stress less about the big day. Just over a quarter (27%) said they'd spend less, while two in ten people said they wished they'd spent more time with their partner and one in ten said they'd invite less guests. Only 3% of brides said they'd go back and choose a different dress.

According to the wedding survey, the average spend by most couples in all the main wedding categories was as below:

*These are all average spends, and take into account that some couples opt out of certain elements of a wedding entirely, or have friends and family help them out and so, may have given a €0 response.

Coronavirus - will I have to cancel my wedding? Your questions, answered!

Should you buy insurance? Cancel the honeymoon?

See the venue set up and sample the Chef's gourmet delights

Don't miss your chance to see the newly renovated ballroom!

Meet the best in the world in Limerick, this weekend.

Don't miss the chance to explore their treasure trove of gifts!