There's no denying it, most weddings are expensive. And rumours of a wedding tax are rife... 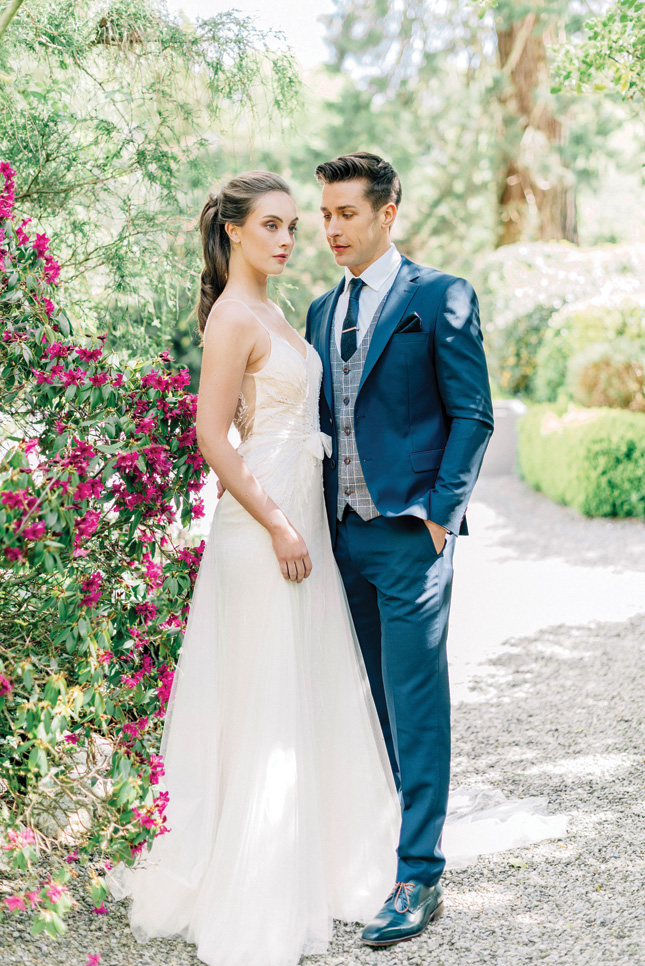 With the current average cost of an Irish wedding clocking at in €28,500+, an average that is growing steadily each year, it's no small chunk of change. And that doesn't even include a honeymoon.

When you think of the €28,000-odd you might be spending on a wedding (or €34,500-odd including a honeymoon), it can be hard not to compare that to what you might get for the same money if you were putting that down as the deposit for a house, or buying a new car, or taking a dream holiday.

This very quickly leads to thinking, why are weddings so expensive? Is the wedding tax real? Are we being ripped off by wedding vendors?

So we thought we'd answer these age old questions. Get ready for some real talk.

Why are weddings so expensive? Let's start with the numbers... 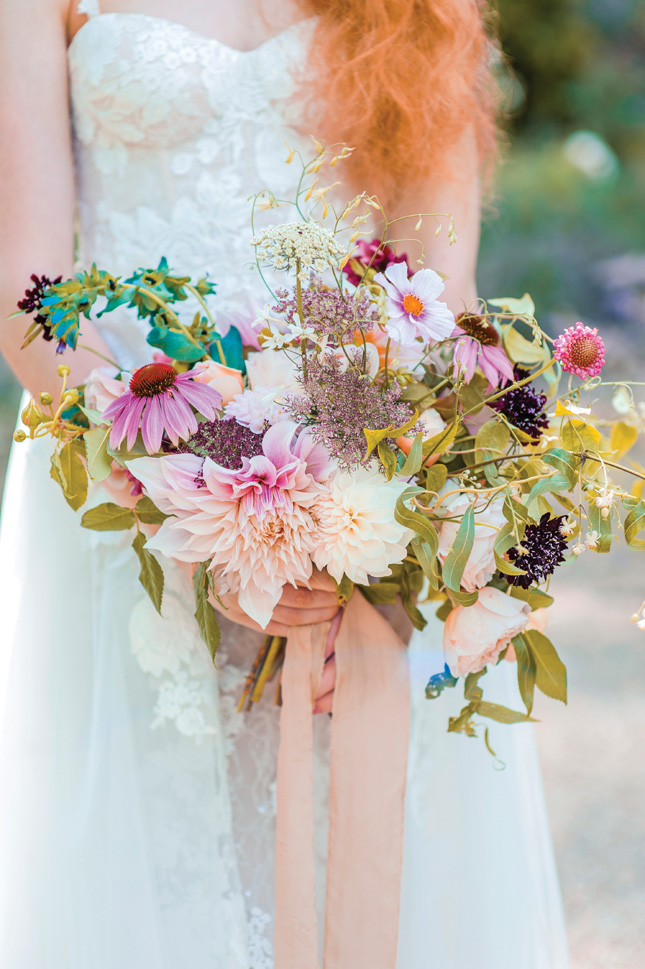 Image: Shot on location at Clonabreany House by Lili Forberg

While the average wedding guest numbers have fallen from 170 to 145 this year, that's still a huge number of people.

Imagine taking all your family and friends, bosses and random plus ones, out for a three course meal for any other occasion. At a nice restaurant, you might expect to pay €50 odd per person for the set menu, without any wine - a bill of €7250 for food, as an example - without mentioning the idea of welcome canapés.

Add in the average two or three glasses of wine for each of them - let's say that's 100 bottles of wine at €20-odd a pop at restaurant house wine prices, and you've added €2,000 to the bill.

Buying each of them a round of drinks (as you would for the reception drink) at the bar probably brings you over the €10,000 mark easily, and you haven't even bought so much as a dickie bow besides food and drink.

If you were inviting people for a birthday meal, you probably wouldn't invite everyone you know if you were footing the bill. 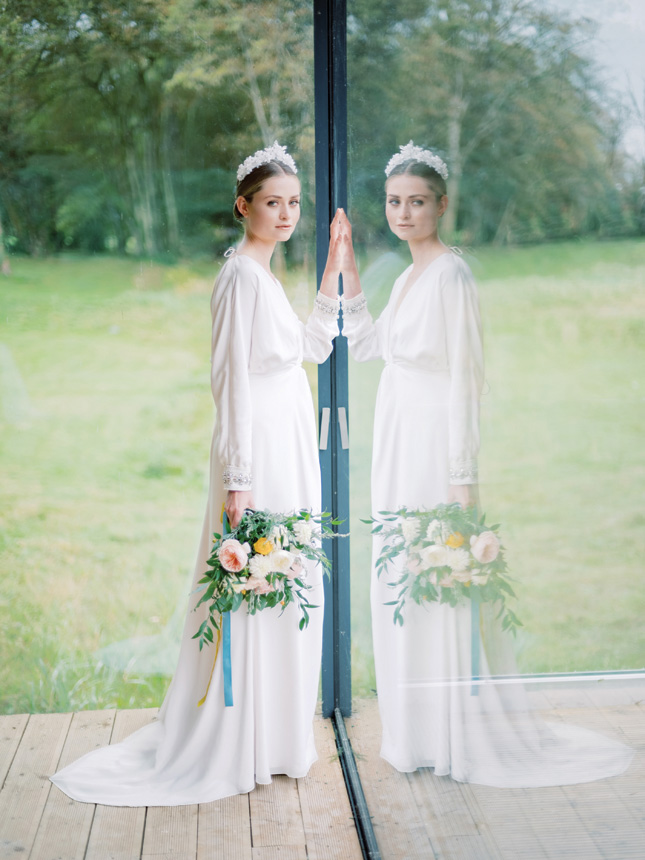 Most people simply don't throw parties at this scale for any other occasion in their lives, so we're not used to being served bills quite this large, unless you're a very generous friend.

The same logic can be applied to many parts of a wedding, as well. If you were buying a cake for a family birthday, you probably don't need a cake that feeds 145 people. Or one that's so artfully created that it also serves almost as a piece of decor.

If you were buying a card to send in the post, you might spend €3/4 on a card, plus the €1.10 for a stamp. Let's imagine everyone you're inviting is a couple - so you've 72 or so invitations to send - that adds up to around €253 before you've paid for postage, and doesn't include the cost of an RSVP card or any other bits and bobs.

If you're feeling like you're being ripped off, try and compare it to something you might do for a regular party, and then scale it up to account for the fact that this is a big event.

Is the 'wedding tax' real? 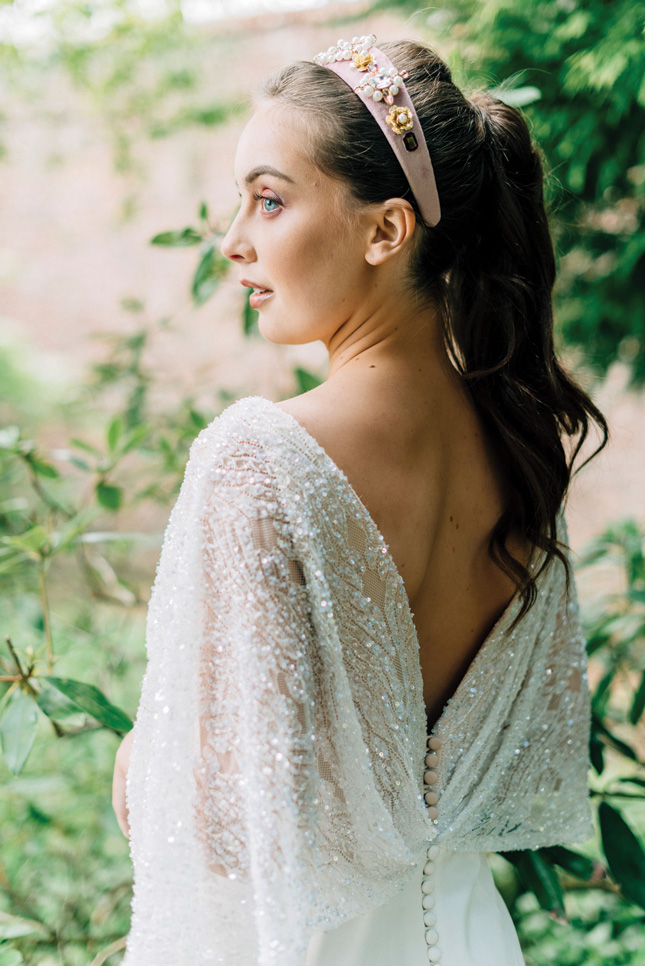 Scale aside, it's worth thinking about the fact that your wedding isn't really like any other party you might throw.

It can feel like the moment you mention the word wedding, that vendors are adding a heap of of zeros to the price they're quoting you, without really changing what they're offering you.

This is where the rumours of a 'wedding tax' stem from, but despite what you might think, it is a myth.

While a service for a wedding might in some cases be more expensive than for a 'regular party', that's likely because the level and quality of service, the materials used and the time involved for the vendor is often far, far higher than for say, a birthday party.

Take your photographer - if you hired a photographer for your birthday party, chances are they would show up for a couple of hours while the party was in full swing and deliver the photos a couple of weeks later. Your wedding photographer is usually with you from getting ready in the morning until the dancing gets underway, which can be a 12+ hour day. In that time, they will take thousands of photos.

Many couples don't realise that even after this, they will spend days poring over your photos, choosing the best ones, and then editing them so they look perfect. Many photographers quote for 40+ hours of editing time as part of their package, which is an average work week for a lot of people. 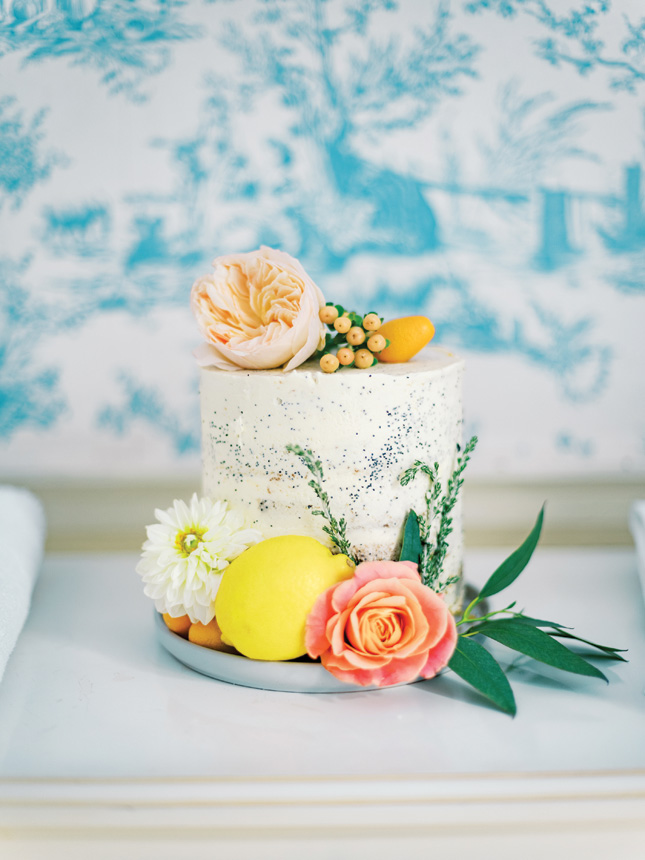 They need to charge for a week's wages, their time on the day, their time spent on consultations with you and preparation, their travel - and ultimately their expertise. And of course, the photos you receive at the end of it all.

Wedding photos are so, so precious to couples - it's your lasting memory from the day after it's all said and done - so it's not surprising that the level of service has to be extremely high. You can't reshoot a wedding if you get it wrong!

And the charge for that has to be higher than someone who came to your house for an hour to take pictures of your child on their communion day. It's a completely different ballgame.

That carries through to other areas. Sure you might think of your wedding flowers as 'just a bouquet', but you're having consultations with your florist, you'll send on ideas and perhaps even specific flower requirements, and they'll create a bouquet exactly to your specifications with potentially many different types of flowers, even if those flowers aren't in season or are super expensive, and then they'll deliver it to you on the morning of your wedding, wherever you are. 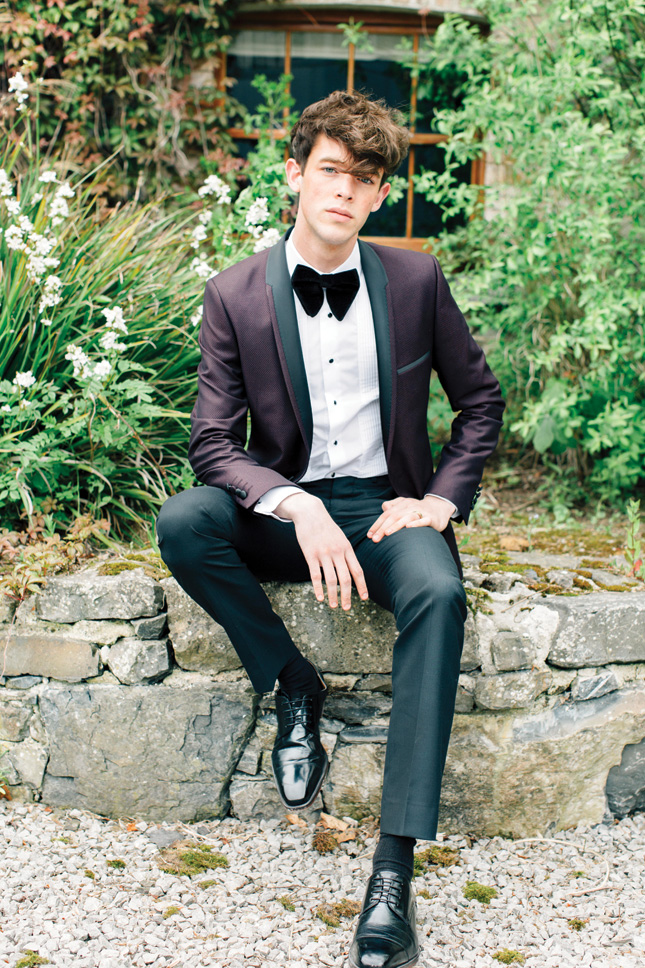 Image: Shot on location at Bellinter House by Niamh Smith

You can't get that service if you pick up a store-bought bouquet - this is something pretty special, and requires so much more thought and skill.

Your band has to learn your first dance song, put together a set-list to your taste and specification, and be able to respond whether your dancefloor is hopping or completely empty.

Your wedding hair and makeup truly have to stand the test of time considering the length of a wedding day - and you'll be photographed the whole time, so you better believe there's pressure to have you looking flawless full time.

Your wedding celebrant is hand-crafting your whole ceremony - how meaningful and special it comes out for you is pretty much in their hands.

You can almost be guaranteed that your uncle who has a DSLR he's still learning to use won't know how to capture all the moments you truly don't want to miss, if you ask him to just take a few video clips rather than spending on a videographer - it's that expertise and skill that you're paying for, because this is a one-chance thing and if they miss a moment or mess up versus what you're expecting from them, there's no do-over.

Yep, wedding vendors' expertise and reliability really counts - and it has a cost 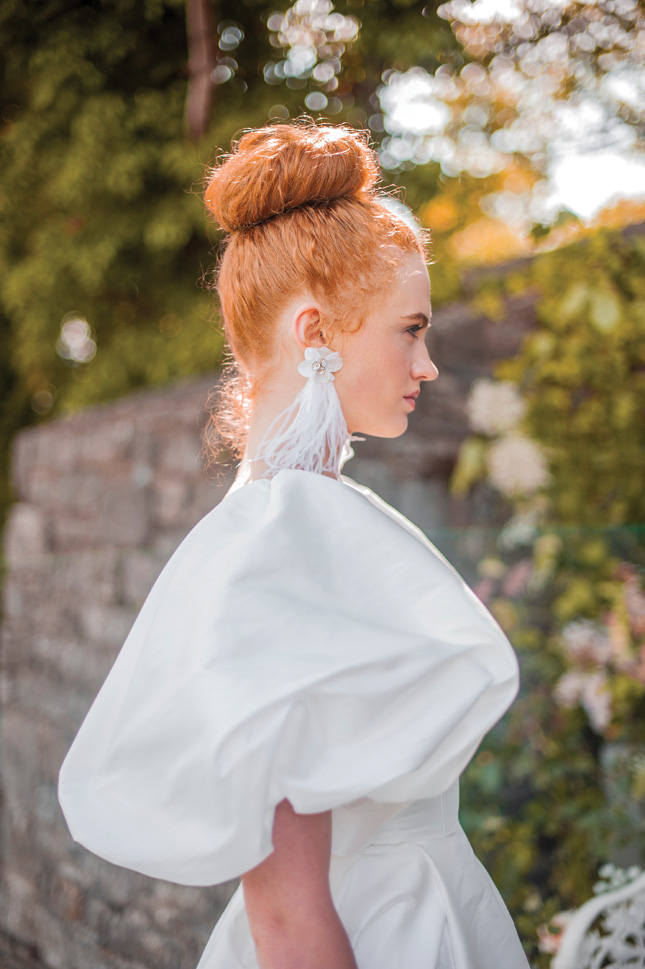 Image: Shot on location at Clonabreany House by Lili Forberg

Your aunt might make an amazing lemon drizzle cake for a family party and you might love when your pal does your hair for a night out. And sure everyone has a phone with a pretty deadly camera these days, right?

We're all for calling in favours if you can, and if you trust your loved one's skill and talent to the end of the earth. We've discussed before everything you need to know before you book a friendor - a friend as a wedding vendor - and if you're satisfied the savings outweigh the risks for whatever category you're talking about it - deadly!

But consider what if something goes wrong, or someone gets sick, or something gets damaged on the way to your wedding venue - when you hire professional wedding vendors, they will have a Plan B for when things like this happen, and having that safety net comes with a price tag. It's not a line-item on your vendor's invoice - it just comes with the package of hiring a professional.

You're paying for that experience, the lessons learned from all their previous weddings, their equipment, their talents, their skills, and their ability to pull a fallback option out of the bag for you.

So this wedding is going to cost a million euro, then? 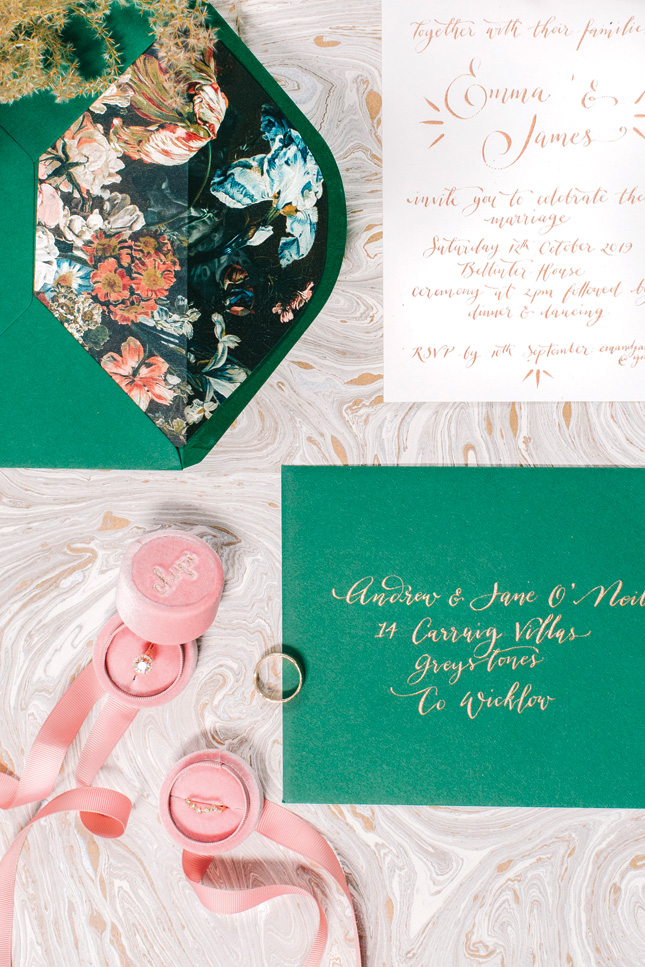 Image: Shot on location at Bellinter House by Niamh Smith

No, absolutely not. We would never, ever tell anyone they had to pay a certain amount for this, that or the other. Everyone has a different budget and whatever that is, you can plan a wedding to fit it.

Your wedding is still your wedding whether you spent €200 or €200,000 on it - and we've seen plenty of budget bashes that knocked it out of the park. Some of that is being clever with what you're spending on. Some of it is calling in favours where possible. Some of it is abandoning some things you simply cannot afford.

It's important to realise that while there's no pressure to spend any particular amount on a wedding, you may not be able to get everything you want on a particular budget.

For us, it's always about prioritising from the start of your wedding budget planning.

Maybe you're willing to spend big on a photographer to have the dreamiest photos to look back at - but you couldn't give a fiddlers if your wedding dress is a designer gown fit for a princess. Maybe you have been dreaming about an incredible floral arch or installation at your ceremony, but you'll have to ditch a wedding cake altogether to afford it. 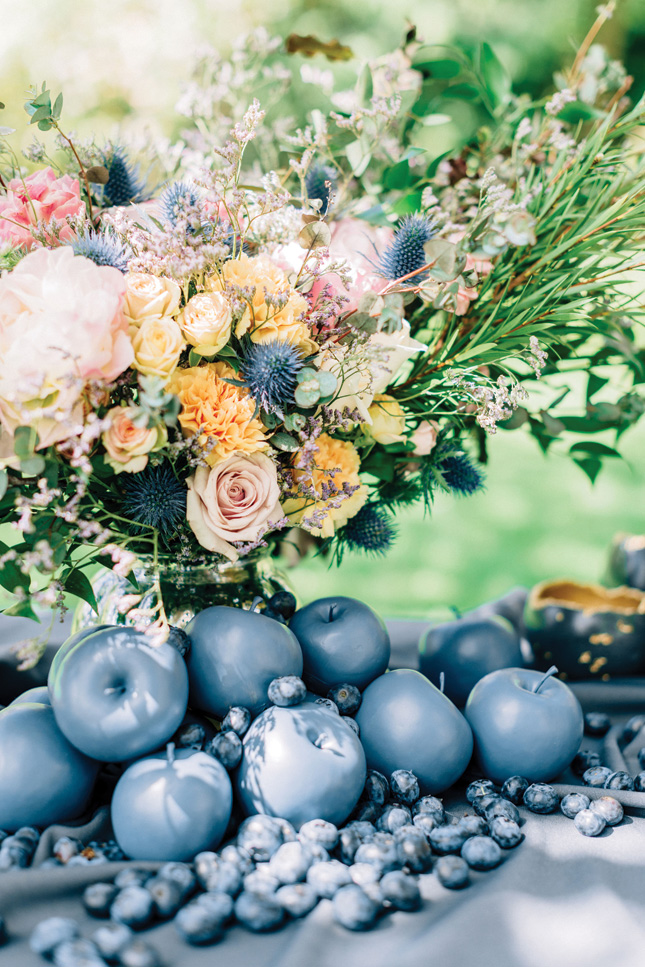 Maybe you think you'd regret not opting for a wedding video, but it means you can't have live ceremony music or you have to choose a DJ rather than a band for your reception. Or vice versa on any of those examples.

All of these decisions are completely okay. Some couples get lost in what they think their guests expect, but so long as they are fed and watered and they don't have to wait too long to be fed and watered, most guest are happy to go with the flow.

Sure, weddings are expensive and you might not be able to afford to have absolutely everything you would have if money was no object, but it's about prioritising what is important to you and spending a little more on those to get as close to your dream day as your budget allows, and compromising on those areas that maybe aren't as big of a deal to you. 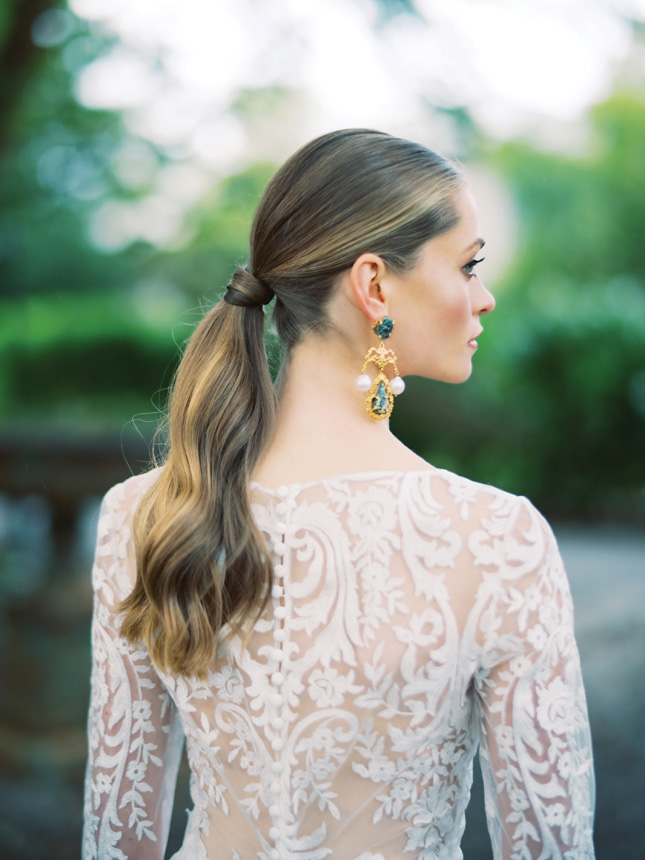 Where do you start planning your wedding budget? We have some guides to get you started:

How to make your wedding budget - a step by step guide

How to actually pay for your wedding

Download our FREE wedding budget worksheet to fill in yourself!